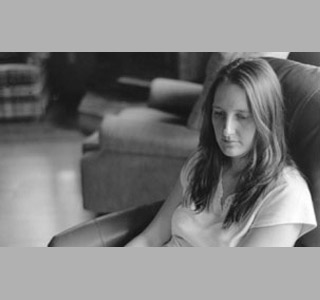 More often than not, psychiatrists apparently aim to fade off the negative memories of patients as such thoughts may be duly responsible for many psychological problems and stress breakdowns. A study put forth by scientists of Montreal University at the Centre for Studies on Human Stress of Louis-H. Lafontaine Hospital revealed that the brain’s capacity to rerecord the painful memories is seemingly reduced while under the action of the drug metyrapone while remembering painful memories.

This study is pitted against the theory which says memories once stored in the brain cannot be altered. According to the investigators the drug metyrapone appears to prominently reduce the levels of a stress hormone that is associated with memory recall known as cortisol. The negative emotions related to any new thought popping into the mind apparently seem to reduce by skillfully managing the levels of cortisol.

“The results show that when we decrease stress hormone levels at the time of recall of a negative event, we can impair the memory for this negative event with a long-lasting effect,” commented Dr. Sonia Lupien, leader of the study.

As a part of the study thirty-three men were made to memorize a story that consisted of neutral and negative incidences. After a period of 3 days they were segregated into 3 groups. Participants in the first, second and third group were given a single dose of metyrapone, double dose of the same and placebo respectively. They were then asked to recall the events of the story. 4 days later the memory performance was reevaluated after the drug presumably cleared off.

“We found that the men in the group who received two doses of metyrapone were impaired when retrieving the negative events of the story, while they showed no impairment recalling the neutral parts of the story. We were surprised that the decreased memory of negative information was still present once cortisol levels had returned to normal,” specified lead author Marie-France Marin.

According to scientists the major difficulty was that presently metyrapone was not commercially produced. Also they state that the analysis seemed to be helpful for future clinical treatments. It may reveal certain other compounds too that could possibly reduce cortisol levels. An in-depth study of these compounds may probably help to understand brain mechanisms associated with the modulation of negative memories. The therapy probably enables overwriting the bad memories thus making people forget their traumatic occurrences.

The scientists revealed that the study could be of good help to individuals suffering from post traumatic stress disorder. It is published in the journal of Clinical Endocrinology & Metabolism.