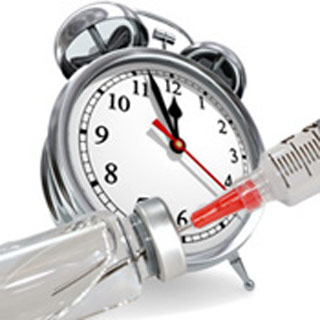 A latest research has detected a novel gene variant that links increased fasting glucose levels to an increased risk of Type 2 diabetes. The German Helmholtz Zentrum München, among others, was also a part of this International MAGIC Consortium study.

It is stated that diabetic mellitus and late diabetic complications may be the most commonly occurring fatal chronic diseases globally. In Germany an estimated 6 million Type 2 diabetics are aware of the type of disease that they suffer from. Other causes of diabetes could be lack of physical activity, or maybe even genetic factors.

They state that through the release of melatonin, the gene indirectly influences insulin secretion. This in turn establishes the link between sleep-wake rhythm and the fasting glucose level which was not known previously.

The data for this study was accumulated from about 13 case-control studies. They consisted of more than about 18,000 diabetic and 64,000 non-diabetic subjects. The study had apparently discovered a variant of the MTNR1B gene. This is said to be co-linked with increased fasting glucose levels and an increased risk of type 2 diabetes. The MAGIC Consortium (MAGIC = Meta-Analyses of Glucose and Insulin-related traits Consortium) hopes to uncover the gene variant that monitor the fasting glucose levels in healthy human beings.

They say that, prior to this study no effective mechanism for treatments and therapies for this disease were known. They have supposedly identified a previously unknown connection between sleep-wake rhythm and fasting glucose levels in humans.

The study researchers are aiming to develop a new approach to treat diabetes. A more detailed analysis is needed in this zone.

Their findings are published in the Nature Genetics journal.