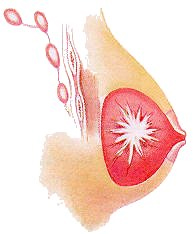 As per UC Irvine epidemiologists, men who have undergone breast cancer treatments in the past, face a considerably high risk of reoccurrence of cancer.

Through the study it was found that over 10 percent of these men ultimately developed second primary cancers, particularly those of the breast, stomach and skin.

The researchers advise that men who have suffered from breast cancer need to be more closely monitored for this second onset of cancer. Study results appear in the open-access journal Breast Cancer Research.

Hoda Anton-Culver, Sacha Satram-Hoang and Argyrios Ziogas from UCI’s Genetic Epidemiology Research Institute accessed California Cancer Registry data from 1988 to 2003 and found that 1,926 men aged 85 or younger had been diagnosed with a first primary breast cancer.

Amongst them, 221 (11.5 percent) went on to develop a second primary cancer at least two months after the breast cancer diagnosis. The researchers conclude that men diagnosed with a first primary breast cancer have a 16 percent increased risk in developing a second cancer as compared to the risk for men in the general population in getting a first cancer. And in further comparisons to the general population of men, the researchers observed higher rates of breast, colorectal, bladder and stomach cancers and of melanoma in men who have had breast cancer.

Anton-Culver, who is chief of epidemiology in the UCI School of Medicine said, “Even more disturbing, we found that men with breast cancer are diagnosed with later-stage disease and that patients with onset of the disease at a young age are even more likely to develop a second cancer. These findings indicate that male breast cancer patients need to be primary candidates for active cancer screening, early detection and cancer prevention counseling.”

Breast cancer has always been seen to inflict more women than men. Male breast cancer is a rare disease, each year afflicting about 1,700 men in the United States. Risk factors include increasing age, radiation, high estrogen levels caused by obesity, chronic liver conditions such as cirrhosis, and genetic conditions or family history.