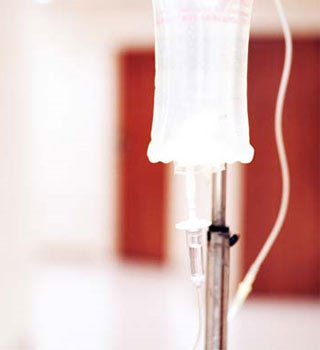 Multiple myeloma is a type of blood cancer found in the plasma cells. A University of Michigan Comprehensive Cancer Center study claims to have introduced the drug elotuzumab to fight against cancerous plasma cells. The drug may be beneficial in treating multiple myeloma. This finding could be significant to the thousands suffering from this disease.

Andrzej Jakubowiak, M.D., Ph.D., director of the Multiple Myeloma Program at the University of Michigan Comprehensive Cancer Center, says “Elotuzumab was found to work in synergy with bortezomib in a pre-clinical model, which served as the basis for this clinic trial. The regimen was well-tolerated, and many patients stayed on it for a long time,”
During the study the authors examined 28 patients with multiple myeloma. These patients either displayed deteriorated condition or had become unresponsive to treatment. The study revealed that 48 percent patients responded to the elotuzumab and bortezomib combination and seemingly progressed after an average 9.45 months. The findings display improved figures than a previous analysis had treated patients with bortezomib. While only38 percent responded to the treatment, cancer progressed after 6.22 months.

“The study was not designed to evaluate statistical superiority of the combination of elotuzumab and Velcade, but it does appear to support our preclinical evidence that these two drugs work together,” Jakubowiak says.

While conducting the analysis, patients were recommended with four cycles of elotuzumab and bortezomib (Velcade). The antibody was provided twice in a three-week cycle, with increasing doses each time. During the cycle they were also given a standard dose of bortezomib for four times. It should be noted that patients with stable disease even after the four cycles were supposedly made to continue with the treatment till their cancer appeared to progress.

It should also be considered that all the patients underwent one to three other therapies before participating in the study. Further studies will be initiated to compare the combination of elotuzumab and bortezomib against standard therapy. This may help determine which means is more beneficial to treat the disease.