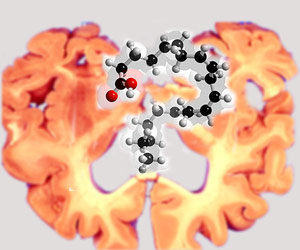 Well there’s no harm looking at the end of the tunnel, there may be some light there after all. At least Alzheimer patients need not be disheartened. A new research may take Alzheimer patients to the Promised Land as scientists find a unique link-fatty acids when controlled could help prevent the dawn of Alzheimer’s.

Affecting nearly 400,000 people in Britain, Alzheimer is a serious brain disorder that is known to destroy memory cells which may eventually affect memory, thinking capabilities and even behaviour of an individual. While Professor Clive Ballard, director of Research at the Alzheimer’s Society, a UK Alzheimer expert marked out the distinguished study as robust and exciting, experts associated with it would like to believe that the research is a potential breakthrough in the treatment of Alzheimer’s.

Dr Rene Sanchez-Mejia, co-author of the study, “The most striking change we discovered in the Alzheimer’s mice was an increase in arachidonic acid and related metabolites [products] in the hippocampus, a memory centre that is affected early and severely by Alzheimer’s disease.”

Dr Lennart Mucke, further adds, “Our results have important therapeutic implications because they suggest that inhibition of PLA2 activity might help prevent neurological impairments in Alzheimer’s disease. But a lot more work needs to be done before this novel therapeutic strategy can be tested on humans.”

As part of the study scientists from the Gladstone Institute of Neurological Disease and the University of California carried out a series of tests on mice. The tests included an observation of the fatty acids in the brains of the normal mice as against those who were genetically engineered to exhibit an Alzheimer’s-like condition. The researchers found a significant presence of increased levels of a particular fatty acid called arachidonic acid in the brains of mice who suffered from Alzheimer.

The team further discovered that on lowering the levels of arachidonic acid in the mice reduced the animal’s memory and behavioural problems. Equipped with a vast knowledge of genetic engineering, the scientist lowered PLA2 levels in the mice. The production of the particular fatty acid is regulated by PLA2 enzyme. On reducing the levels of PLA2, the researchers were surprised to find that even a fractional reduction brought memory deterioration and other impairments to a screeching halt. In addition to this researchers suggest that to level out fatty acid one can control it through diet and drugs.

The research is published in the Nature Neuroscience.