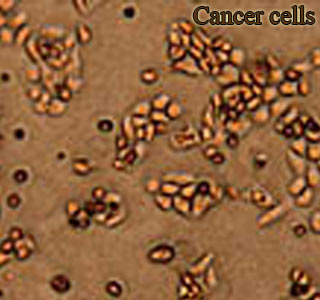 Gene p53 is said to be an essential gene in cancer research. This particular gene shields against the development of cancer. However it is said that this crucial gene is in turn controlled by a previously unknown gene, Wrap53. This revelation has opened up a new course of direction for better understanding the mystery revolving around cancer. This revelation was made by the scientists of the Karolinska Institutet.

The p53 gene makes sure that the cells having damaged DNA either repair themselves or undergo self-destruction. However if this gene itself is damaged then there is nothing to stop the cancerous cells from growing and replicating. Thus a number of cancer studies usually focus on the p53 cell processes.

Study investigator, Marianne Farnebo, says that, “Mutations in the p53 gene contribute to about half of all cancer cases. In the remaining half, p53 is probably inactivated in other ways, such as damage to Wrap53 knocking out the production of the p53 protein.”

With the new discovery of the Wrap53 gene, scientists have gained additional knowledge about the process of the p53 gene. They state that the Wrap53 gene leads to the generation of an antisense RNA molecule. This molecule is believed to be essential for the production of adequate amounts of p53, in case of DNA damage.

Dr. Farnebo states, “At least 20 per cent of all genes can be regulated by antisense RNA, making it a potentially very common control mechanism. But it’s been difficult to show that antisense RNA really does serve important functions in the body, as we’ve managed to do in this study.”

This study is said to be one of the first to demonstrate the process of how RNA regulates the genes in human body. The study results hint that damage to the Wrap53 gene could even lead to cancer. Thus this crucial gene may be specifically aimed in future cancer therapies.

The study findings are published in the journal Molecular Cell.