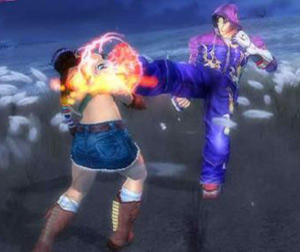 University of Rochester researchers have shown that people who play high action video games for a few hours a day can improve their vision.

The researchers found that those who played action video games for a few hours a day over the course of a month improved by about 20 percent in their ability to identify letters presented in clutter — a visual acuity test similar to ones used in regular ophthalmology clinics.

Action video game play changes the way our brains process visual information, says Daphne Bavelier, professor of brain and cognitive sciences at the University of Rochester. After just 30 hours, players showed a substantial increase in the spatial resolution of their vision, meaning they could see figures like those on an eye chart more clearly, even when other symbols crowded in.

One group played Unreal Tournament, a first-person shoot-’em-up action game, for roughly an hour a day, while the control group played Tetris, a game equally demanding in terms of motor control, but visually less complex.

The findings are published in the journal Psychological Science.