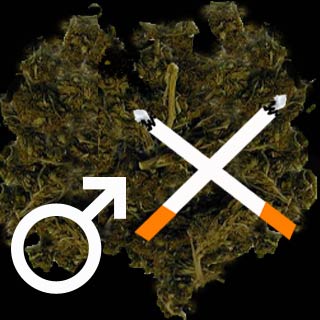 Marijuana over-usage could lead to the development of various diseases which could further even result in death. A latest study says that frequent and long term marijuana usage hikes a man’s vulnerability to testicular cancer. This study was conducted by the researchers at the Fred Hutchinson Cancer Research Center.

The study revealed that marijuana use at the time of diagnosis apparently increased the risk of developing testicular cancer by about 70 percent. This risk was the highest in men who had reported marijuana smoking for at least a decade, before the age of 18, or used it for more than once a week.

Study author, Stephen M. Schwartz, MPH, PhD, an epidemiologist and member of the Public Health Sciences Division at the Hutchinson Center, says that, “Our study is not the first to suggest that some aspect of a man’s lifestyle or environment is a risk factor for testicular cancer, but it is the first that has looked at marijuana use.”

Senior study author, Janet R. Daling, PhD, an epidemiologist and member of the Public Health Sciences Division, says that, “Just as the changing hormonal environment of adolescence and adulthood can trigger undifferentiated fetal germ cells to become cancerous, it has been suggested that puberty is a ‘window of opportunity’ during which lifestyle or environmental factors also can increase the risk of testicular cancer. This is consistent with the study’s findings that the elevated risk of nonseminoma-type testicular cancer in particular was associated with marijuana use prior to age 18.”

However, it is also pointed out that these achieved results are not definitive. A more detailed analysis needs to be conducted on the issue, in order to obtain concrete evidence.

Their findings are published online in the journal Cancer.