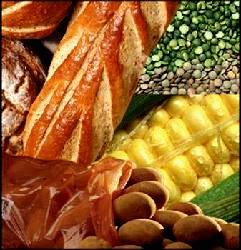 A study finding published in the American Journal of Epidemiology has revealed that consuming large amounts of carbohydrates does not appear to increase the risk of colon cancer in women.

The study conducted by Dr. Susanna C. Larsson, of the Karolinska Institute, Stockholm, and colleagues reported that there is experimental proof to suggest that abnormal sugar and carbohydrate metabolism plays a role in the development of colon cancer. However, data to support this effect in humans are lacking.

The researchers observed the amount of dietary carbohydrates, sugar metabolism and the risk of colon cancer in 61,433 women signed up in the Swedish Mammography Cohort between 1987 and 1990.

The women completed a 67-item food frequency questionnaire at the start of the study and a 96-item follow-up questionnaire in 1997. Data from the national and regional Swedish Cancer registries were used to establish the rates of colon cancer.

The women were followed for an average of 15.7 years. During that time, a total of 870 cases of colon cancer were diagnosed.

The researchers found no connection between dietary carbohydrates and abnormal sugar metabolism, and the risk of colon cancer.