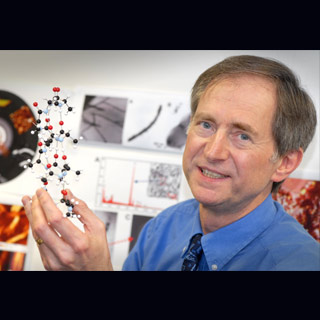 Scientists from the University of Warwick and the University of Leeds have discovered that drugs which are made with the help of unusual metals could possibly form an effective treatment against colon and ovarian cancer. In addition to cancerous cells which seem to have developed immunity to other drugs.

Cisplatin was believed to have been discovered in the 1970s. Also it seems to be one of the most effective cancer drugs on the marketplace, with approximately 95% cure rate against testicular cancer.

The study revealed that a variety of compounds containing the two transition metals Ruthenium and Osmium may perhaps cause considerable cell death in ovarian and colon cancer cells. Metals such as Ruthenium and Osmium are known to be found in the same part of the periodic table as precious metals like platinum and gold.

Dr Patrick McGowan, one of the lead authors of the study from the School of Chemistry at the University of Leeds elucidated that, “Ruthenium and Osmium compounds are showing very high levels of activity against ovarian cancer, which is a significant step forward in the field of medicinal chemistry.”

Sabine H. van Rijt, lead author in the laboratory of Professor Peter Sadler in the Department of Chemistry at the University of Warwick stated that, “Most interestingly, cancerous cells that have shown resistance to the most successful transition metal drug, Cisplatin, show a high death rate with these new compounds.”

Professor Sadler, at the University of Warwick, commented that he is “excited by the novel design features in these compounds which might enable activity to be switched on and off.”

Furthermore, the compounds were noted to be effective against ovarian cancer cells which are resistant to the drug Cisplatin. This drug Cisplatin seems to be the most successful transition metal drug which contains the metal platinum.

Ever since the success of Cisplatin, chemists all across the globe appear to have been trying to discover whether other transition metal compounds could be used in order to treat cancer. In this type of anti cancer drug transition metal atoms may possibly bind to DNA molecules which trigger apoptosis inside the cancerous cells. Apoptosis is also known as programmed cell death.

The findings of the study have been published in the Journal of Medicinal Chemistry.

Induced abortion may have no role in increasing mental health risks