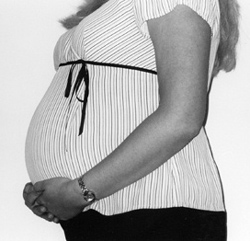 Canadian doctors have reportedly cautioned that pregnant women who are considering a cesarean section, with no clear medical reason for it, could undergo some degree of risk.

In fact, Dr. Shiliang Liu from the Public Health Agency of Canada in Ottawa and colleagues have evidence that the rate of severe complications like major bleedings, infection and blood clots, is three times higher in women who have a planned cesarean section compared with women who planned a natural birth.

A Canadian database was utilized to view the outcomes of around 46,766 women who underwent a low-risk cesarean delivery and nearly 2.3 million women who underwent planned vaginal delivery between April 1991 and March 2005.
Liu’s team found that the rate of severe complications in the planned cesarean group was 27.3 cases per 1,000 deliveries, compared with 9.0 per 1,000 deliveries in the planned vaginal delivery group.

“Although the absolute difference is small,” the risks should be considered by women thinking of asking for a cesarean delivery, the investigators conclude in their article in the Canadian Medical Association Journal.

The study, writes Dr. B. Anthony Armson of the University of Toronto in a commentary, “provides additional support to a growing body of evidence suggesting that primary elective cesarean birth may place both the mother and newborn at greater risk for adverse outcomes than planned vaginal birth.”