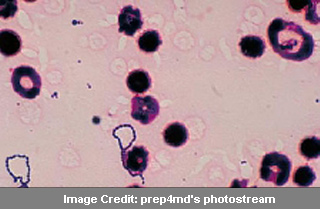 Micro-organisms tricking the immune system by varying their surface structure seem to be the biggest hurdle in creating vaccines for conditions like HIV and malaria. However another barrier appears to have surfaced for scientists. As per a research conducted by Lund University professionals, microbes may also have the potential to entirely limit the activation of a severe immune response in the infected person.

The team analyzed group A streptococci that are apparently responsible for regular tonsillitis, lethal poisonous shock syndrome and massive autoimmune disease. They examined its surface protein known as the M-protein and basically its hypervariable area. The latter is known to undergo frequent alterations to restrain attack. The analysis unfolded that the aforesaid region was not just variable but also seemingly prohibited invoking any tough antibody reaction from the immune system.

“If we get a serious streptococcus infection, we want our immune defences to create antibodies aimed at certain parts of the micro-organisms’ surface protein. But that mechanism does not work particularly well, which is a disadvantage for us and an advantage for the bacteria”, commented Gunnar Lindahl from Lund University.

He added that this could be one of the principal techniques the pathogens utilize to inhibit provocation of the immune mechanism. When the body encounters a prolonged infection, the immune system eventually begins to work, however then the micro-organisms seem to have already established a strong foot-hold.

Initial studies have revealed surface variance of microbes in relation to mighty antibody force. However, whether there was a strong antibody pressure in the first place was not ascertained. As per Lindahl, future vaccination programs ought to not only consider the ability of variation in microbes like viruses and bacteria but also their capacity to restrict activation of the immune system.

The report is published in Cell Host & Microbe.