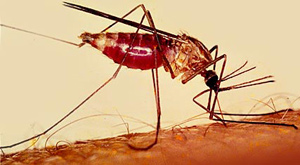 Researchers from the Menzies School of Health Research (MSHR) in Darwin have recently made a breakthrough in the treatment of the deadly disease, Malaria.

The researchers, together with partners at the Indonesian Ministry of Health, conducted a study in Pupua, where they compared two new treatments for malaria. Both these treatments contained a combination of a drug based on a Chinese herbal extract artemisinin with a longer acting anti-malarial drug.

Basically, there are two major strains of malaria that affect humans. One is P.vivax and the other is P.falciparum, out of which the former has become increasingly resistant to standard treatments. However, a few studies have now determined the best way of treating it.

The researchers found that both treatments provided an initial cure from disease. However, those receiving a treatment that stayed in the blood stream for longer were three times less likely to have another episode of Malaria within 42 days. Besides, they were less likely to be anaemic.

According to MSHR scientists Dr. Ric Price, “Scientists and doctors wage a constant battle to develop and implement effective treatments for malaria. This study is one of the first to highlight the best treatment of drug resistant strains of vivax malaria found in the Asia pacific region.”

“It also provides evidence that longer acting drugs can prevent patients, who remain at risk of further infections, from getting sick again within 6 weeks. This “post treatment prophylaxis” is similar to the approach of giving travelers regular medication to protect them from infection, but can be applied opportunistically to people at high risk of infection in poor tropical communities.” he added.