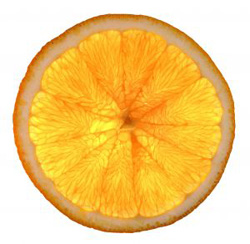 New Zealand researchers have reported that vitamin C is vital for good health and could even help beat cancer by making chemotherapy treatment more effective.

Dr Margret Vissers, from Otago University’s Free Radical Research Group, said laboratory experiments showed for the first time that vitamin C was a vital part of healthy living and not just a health supplement to be taken when people had a cold.

“I have found that vitamin C is absolutely fundamental in controlling many cell activities, cell death and the growth of cancer cells in tumors,” she said. “Without it our cells don’t work properly.

“Without it you are in big trouble, and with low levels you are not healthy.” Vissers said that ever since the voyages of British explorer Captain James Cook, who kept his crew relatively free of the disease scurvy with citrus fruit, in the late 18th century, the importance of fruit and vegetables for the body’s health had been recognized.

But no one had determined the processes in the body which made the active ingredient vitamin C so important.

Vissers said a series of experiments had shown that vitamin C played a key role in all healthy cells and had a major function in controlling cell activity throughout the body.

She said it was not a cure for cancer, but the research showed that when vitamin C was low or absent in the body, cancer cells in tumors could make more blood vessels grow well and resist chemotherapy.

But Vissers said she was not suggesting that people should take high doses of vitamin C supplements as eating fruit and vegetables regularly should be enough.

Otago University said Vissers had published her results in two peer-reviewed journals, The Journal of Leukocyte Biology and Free Radical Biology and Medicine, re-focusing medical and scientific attention on the importance of vitamin C in the diet, and as an adjunct treatment for disease.