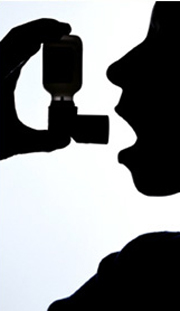 Poor control of asthma may lead to worry and anger among teenagers and this may affect their emotional well-being.Researchers from the Johns Hopkins University in USA studied 185, 11 to 17-year-old asthma patients and found that 45 per cent felt depressed or blue during the past month, while a similar number reported feeling nervous or uptight.

Researchers surveyed asthmatic adolescents and their parents, who were enrolled in managed care plans. They found that in addition to the emotional symptoms reported by the children, three-quarters of parents said that they have been worried about their child’s emotional health during the past month.

It was common for asthmatic children to have emotional symptoms related to their condition, such as anger, or feeling uncomfortable or different from their peers. Moreover, poor emotional quality of life was associated with poor asthma control, as well as more doctor visits and missed school days.

It is not clear whether emotional problems caused or resulted from poorer asthma control, but the two are most likely to be interlinked. The findings suggest that besides physical effects asthma may also have an emotional impact.

Hence when an asthmatic teen is showing signs of emotional problems, getting the physical condition under better control may help.