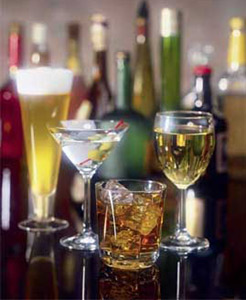 According to latest research, drinking heavy amounts of alcohol over a long period of time could decrease the brain’s volume. The study found that the more alcohol people drink on a regular basis, the lower their brain volume.

For the study, MRI scans were performed on the volunteers and these scans were used to measure brain volume, which can also be thought of as a measure of brain aging.

According to study author Carol Ann Paul, of Wellesley College in Wellesley, MA, “Research has shown that there is a beneficial effect of alcohol in reducing incidence of cardiovascular disease in people who consume low to moderate amounts of alcohol. However, this study found that greater alcohol consumption was negatively correlated with brain volume.”

This cross-sectional study found people who had more than 14 drinks per week had an average 1.6 percent reduction in the ratio of brain volume to skull size compared to people who didn’t drink. In other words, brain volume decreased .25 percent on average for every increase in drinking category (i.e. non-drinkers, former drinkers, low drinkers, moderate drinkers, or high drinkers).

In addition, Paul reported the inverse relationship between drinking and brain volume was slightly larger in women than in men. Also, drinking heavy amounts of alcohol seemed to have the biggest negative impact on brain volume for women in their 70s.

In looking at the longitudinal effects of drinking, people who had a 12-year history of heavy drinking had less brain volume than those who changed into the high drinking group during those 12 years. Researchers are following up on these findings to make sure these differences hold up.