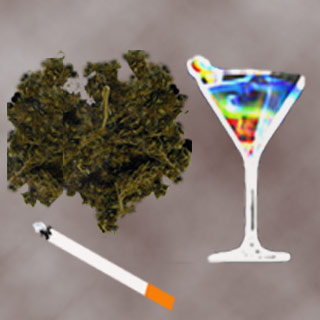 Unveiling clues to substance addiction has been a major cause of concern in the medical world. But now a team of researchers have succeeded in uncovering certain clues that may trace few genes to all types of addiction! They state that some genes which are associated with alcohol dependence may also be associated with abuse of substances like cocaine, heroine, nicotine, etc. This research was jointly conducted by the experts from the University of Virginia Health System and the University of Michigan.

These experts have presented a new approach in the progress which has been made within the last several years in better understanding the genetics of addiction.

Co-researcher, Ming Li, professor of psychiatry and neurobehavioral sciences, University of Virginia School of Medicine, says that, “Addiction researchers have found that several genes are linked with multiple addictions. So, we’re narrowing the scope to specific genetic targets. Once researchers can pinpoint exact genetic variants and molecular mechanisms, then we can create much more effective, even personalized, treatments for individuals addicted to a variety of substances.”

The researchers summarized certain gene locations on about 11 chromosomes, where addictions to cocaine, nicotine, alcohol, etc. were gathered together. Li says, “The comparison of peaks for addictions to multiple substances on certain chromosomal locations confirms that genetic vulnerability to different substances overlaps, in part.”

It was stated that the variants in certain genes were previously associated with addictions to various drugs. Li says that the accurate nature and function of these genetic variants are still not very clear. Thus, further studies on this particular topic could help in better understanding the situation.

This research was jointly conducted by Li and Margit Burmeister, professor of psychiatry and human genetics, University of Michigan.

Their findings are published in the issue of the Nature Genetics Reviews.

Positive emotions in childhood may pave way for better well-being in...