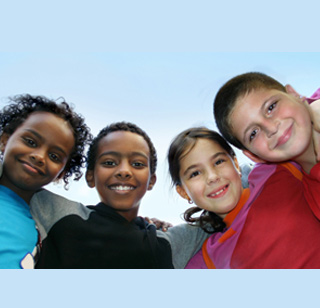 Preteens seem to follow a self-designed lifestyle influenced by their parents. In a major breakthrough, experts found that eleven-year olds prefer having their own opinions about diet, exercise and weight-loss that affect their lifestyle changes. It was mentioned that the parents’ opinions are secondary among such youngsters.

At the time of the study, 342 children and their parents were asked about the kid’s intention to lose weight, eat healthier and exercise more. Scientists focused on analyzing the factors which motivates children to change their lifestyles. The interplay between parents’ influence on their children’s health decisions appears complex but is likely to reduce as the child develops. In the current study, it was noted that 11-year olds may apply eating habits that evolved from their parents’ influence in earlier years.

“Children do have a role in these decisions, so we cannot focus programs on just the parent or just the child.” She said the study will help health care providers decide whether to include children when discussing healthy lifestyles for the family and, if so, at what age and what their roles should be,” said Lesley Cottrell, Ph.D., section chief for epidemiological research at West Virginia University and also the lead investigator of the study.

Teens made healthy choices probably on the basis of their parents’ influence or because their parents planned to lose weight. Parents allegedly played a major role in underestimating the child’s obesity, and hence the kids went on to develop good intentions about health. It was concluded that a family-based approach may be extremely vital of inculcating a sense of healthy food habit’s in children.

The study is published online in the journal Health Promotion Practice.

Substance in tequila plant possibly combats osteoporosis and other diseases