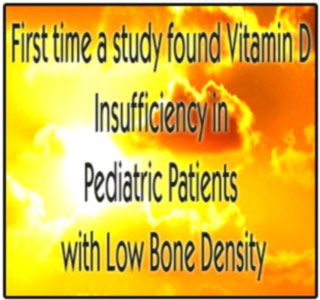 Researchers have said that a dose of vitamin D may help to ward off tuberculosis.

A study of 131 people found the vitamin helped to boost the ability of the body to inhibit the growth of the bacteria causing the disease, reported online edition of BBC News.

Until now no study has evaluated the effect of Vitamin D on the body’s immunity to mycobacteria – that causes TB.

During the study researchers took blood from all the participants and infected with mycobacteria.

The group was then split into two with 64 given a dummy pill and the rest a 2.5mg dose of the Vitamin D.

After six weeks, the blood was taken again and infected with mycobacteria.

The blood analysis showed the growth of the bacteria in the people who were given vitamin D was 20 percent less than the placebo group.

The researchers said clinical trials were now needed to fully prove the findings, but they added the vitamin had the potential to help in warding off the disease.

The researchers from Queen Mary’s School of Medicine and Imperial College said it could be given to those deemed at risk – the bacteria can lay dormant waiting for the immune system to be weakened before striking – or added to drinks such as milk and orange juice.