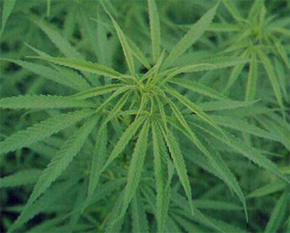 Scientists have said that a chemical found in cannabis may stop breast cancer from spreading through the body and could be a non-toxic alternative to chemotherapy.

As of now, there is a limited range of treatments available for aggressive forms of cancer like chemotheraphy. However, it could be extremely toxic and difficult for patients.

According to Sean McAllister, lead researcher of The Californoa Pacific Medical Centre Research Institute team, “The compound found in cannabis called ‘cannabidiol’ (CBD) offers the hope of a non-toxic therapy that could achieve the same results without any of the painful side effects.”

CBD works by blocking the activity of a gene called Id-1, which is believed to be responsible for the aggressive spread of cancer cells away from the original tumor site creating what are known as secondaries.

Past research has already shown that CBD can block aggressive human brain cancers. The new lab tests found that CBD had a similar effect on breast cancer cells, reported the online edition of Daily Mail.

Doctors, however, warn that smoking cannabis is unlikely to be effective, as sufficient quantities of CBD are not found in the leaf.

They have to be extracted and then concentrated to make a dose strong enough to kill cancer cells, the scientists said, adding that the research is at a very early stage.

The findings will need to be followed up with clinical trials in humans to see if the CBD is safe, and whether the beneficial effects can be replicated, scientists said.