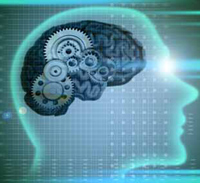 Chronic pain does not only cause physical comfort, but it can also impair your memory and concentration.

Researchers at the University of Alberta’s Multidisciplinary Pain Centre in Edmonton studied 24 patients with chronic pain. They found that two-thirds of them showed significant disruption of attention and memory when tested.

The findings of the study published in the latest issue of journal ‘Anesthesia and Analgesia’, suggest that pain may disrupt the maintenance of the memory trace that is required to hold information for processing and retain it for storage in longer-term memory stores.
In other words, chronic pain can, quite literally, drive people to distraction.

Participants in the study – all of whom had pain lasting six months or longer-were given computerized tests of working memory and a neuropsychological test of attention on “pain” and “less pain” days.