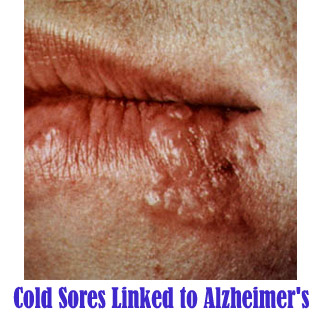 According to a research, people suffering from cold sore are more likely to develop Alzheimer’s disease.

Experiments conducted by Manchester University reveal that there is a strong association between the virus that causes the condition – herpes simplex virus 1 HSV-1 and the brain disease.

Justifying the link between the two could perhaps end up in cold sore drugs being used to reduce the pace of progression of Alzheimer’s or perhaps could even result in the development of a vaccine.

According to reports from the New Scientist, during tests on human brain cells, infection with the bug resulted in a striking rise in levels of amyloid, a protein deposit associated with tissue degeneration found in the brains of individuals with Alzheimer’s.

Another research carried out concludes that the virus is aided and supported by a rogue gene, which is known to raise the risk of Alzheimer’s.

People who carry this gene along with the cold sore virus are more vulnerable to contract Alzheimer’s than those who have neither.

According to Manchester University researcher Professor Ruth Itzhaki believes a blend of the virus and genetics cause some, however not all, cases of Alzheimer’s.

He further continued, “More research is needed before we can establish how relevant it may be to the treatment of people with Alzheimer’s disease.”