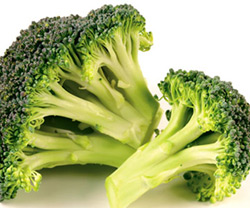 A new study has show that substances found in cruciferous vegetables such as broccoli, and cauliflower, may help to protect people from bladder cancer.

People who consumed the most of these substances called isothiocyanates (ITCs) had a 29-per cent lower risk of the disease than those who consumed the least, Dr.Hua Zhao and colleagues from the University of Texas M.D. Anderson Cancer Center in Houston found.

Studies in animals have found ITCs prevent tumor growth, while epidemiological studies suggest they may lower lung and colon cancer risk, Zhao and his team not in the International Journal of Cancer. They point out that ITCs have detoxifying effects and can enhance the normal development of cells while promoting cell suicide in abnormal cells.

In order to confirm whether ITCs might protect against bladder cancer, the researchers compared ITC intake for 697 bladder cancer patients and 708 healthy controls. The average age of the subjects in both groups was 64 years old.

The bladder may be particularly susceptible to the anti-cancer effects of ITCs, the researchers note, given that compounds produced by ITC metabolism are excreted through the urine.

The researchers conclude, “Our data provides strong evidence that consumption of ITCs from cruciferous vegetables protect against bladder cancer.”

Deaf Iraqi Girl can Now Hear, thanks to U.S Army in...