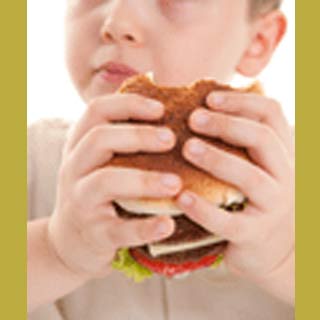 Could obesity be a manifestation of experiences shared with near and dear ones early in life? Well, scientists from the Newcastle University have found that weight gain may be rooted in childhood days and genes rather than social circles encountered at a later stage of life.

Basically, the report stated that a person’s social norms of acceptable body mass are apparently formulated during childhood days. They are not likely to be affected by friends and social networks formed as grown-ups.

For the study, the team analyzed factors such as genetics and upbringing which are considered to be consistent with time. Also, variable parameters such as peers and chances of indulging in exercises or workouts were included. Influences of both these factors on the development of social norms with respect to weight of individuals were observed.

The scientists used information from the Panel Study of Income Dynamics and inspected almost 236 adolescent siblings living with each other and 838 adult siblings staying apart. The team aimed to comprehend the variation in sibling BMI.

As per the outcomes, attributes which were constant over time seemed to substantially influence both the sets, but the adolescent group was affected mostly by the variable factors. However, scientists believed that more studies are required to establish a clearer picture of childhood effects on a person’s body mass.

Initial studies overly outlined the effects of socializing and friend circles on obesity. But, analysts in this study are of the opinion that controlling weight is something which has to be executed right from early days in life with siblings and parents by incorporating it at a household level.

The study titled, ‘Exploring the Factors Contributing to Sibling Correlations in BMI: A Study Using the Panel Study of Income Dynamics’ is published in the journal, Obesity.