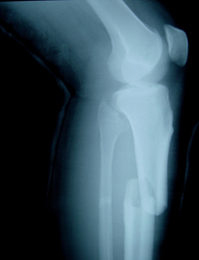 Boffins have gathered more evidence that use of antidepressants could double the rate of fractures.

Researchers found that women over the age of 50 and who regularly took antidepressants called selective serotonin reuptake inhibitors (SSRIs) had an increased risk of fractures.

They noted that women who were suffering from depression had lower bone mineral density than those who were not.

Depression began to emerge as a possible cause of bone loss, rather than a result during the 1990s.

Boffins at the time studied women who didn’t have osteoporosis symptoms or even know they had the condition. They noted that those suffering from depression had lower bone mineral density.

Now, researchers working with an animal model have found that depression triggers the release of noradrenaline, which interferes with bone-building cells.

Moreover, they found that imipramine-a member of an older class of drugs called tricyclic antidepressants-reversed both depression and depression-induced bone loss.

The study has been reported in the June 2007 issue of Harvard Women’s Health Watch.