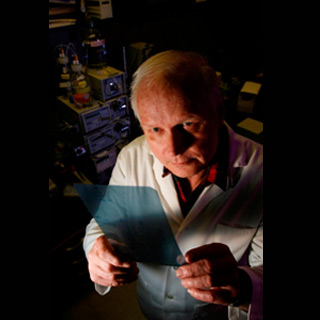 This is an interesting piece of news. This latest discovery by the researchers from the Oklahoma Medical Research Foundation (OMRF) could perhaps assist in saving lives threatened by traumatic injuries like those sustained in car crashes or on the battlefield. This discovery may also be possible for treating severe infectious diseases as well as diabetes.

OMRF researcher Charles Esmon along with his co-authors Florea Lupu, Ph.D., and Jun Xu, Ph.D., is believed to have shed light on how proteins called histones can enter the bloodstream and start to kill the lining of blood vessels. Supposedly, this can lead to uncontrolled internal bleeding. Building on this work, Esmon and a team of collaborators seem to have discovered an antibody that may possibly counteract this fatal process.

“This discovery could open the door to new ways to treat soldiers hurt in IED attacks, gunshot wound victims and people who suffer a traumatic injury. When we realized that histones were so toxic, we immediately went to work looking for a way to stop their destructive tendencies,” says Esmon.

Inside the cells, histones are known to perform an essential function, keeping DNA coiled and compressed inside the nucleus. However, the OMRF researchers found that when cells become injured and burst, histones seem to enter the bloodstream and begin to kill the lining of blood vessels. Apparently, this results in unrestrained internal bleeding and fluid build-up inside the tissues, which are very critical. The damage of cells could result either through injury, infection or diseases such as diabetes.

These researchers were noted to have worked with Temple University’s Marc Monestier, M.D., Ph.D. and discovered antibodies that could possibly block the histones’ ability to kill. Antibodies are known to be pathogen-fighting proteins produced by the body’s immune system.

“When a patient is suffering from severe bleeds, these antibodies could prevent multi-organ failure,” explains OMRF researcher Charles Esmon, Ph.D., and who holds the Lloyd Noble Chair in Cardiovascular Biology at OMRF and a member of the National Academy of Sciences.

OMRF President Stephen Prescott, M.D, stated that, “The implications for this discovery are staggering. Dr. Esmon and his colleagues have not only found a new key player in cardiovascular injuries and disease, but they’ve taken this work and transformed it into a potential treatment for severe trauma, diabetes, pneumonia and any other condition that results in tissue death.”

Prescott continued saying that, “These findings offer some clues as to why people suffering from one traumatic injury often experience a catastrophic ‘cascade’ of secondary traumatic events. If we can figure out how to control the initial injury, perhaps which will stop the domino effect that so often follows.”

The researchers were believed to have by now examined the antibodies in pre-clinical trials, where they showed promising results and no adverse effects. Esmon claimed that a possible future step would be human trials.

It was observed that Esmon’s research has already yielded two FDA-approved drugs. Moreover, his work with OMRF researcher Fletcher Taylor, M.D., seems to have led to the creation of Xigris, a treatment for severe sepsis. Furthermore, he along with his wife and colleague, Naomi Esmon, Ph.D., he helped assisted in creating Ceprotin, a therapeutic for patients suffering from a life-threatening protein deficiency.

The findings of the research have been published in the journal, Nature Medicine.