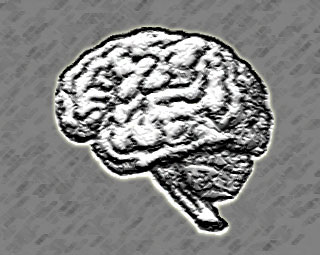 Single neurons in the brain’s reward center are noted to process primitive rewards as well as cognitive and abstract rewards, which are linked to the desire for seeking information about the future. This observation has been made by a latest research which sheds light on our understanding of learning and implies that the present analyzes on rewards could possibly be modified to even include this latest observation.

The experts from this research evidently aimed to verify if certain neurons in the brain were also involved in processing abstract rewards apart from its basic primary rewards. This verification was conducted by Dr. Ethan S. Bromberg-Martin from the National Institutes of Health, Bethesda, Maryland; and Dr. Okihide Hikosaka.

Dr. Bromberg-Martin says, “The desire to know what the future holds is a powerful motivator in everyday life, but we know little about how this desire is created by neurons in the brain.”

Apparently, it was observed that both human beings and animals often prefer to receive advance information about the rewards that they will get in the future. Thereby these experts notably concentrated on the type of cognitive rewards which comprise of an expectancy of a significant future gain.

For the purpose of this research, the experts were believed to have evaluated rhesus monkeys, who were allotted an easy task. These monkeys were allegedly permitted to select if they wanted to view pictures that would reveal the size of upcoming water rewards. It was noted that these animals had a great inclination to view the data regarding upcoming rewards and often opted to receive that information immediately. Infact, it seems that this strong preference for knowledge about the upcoming rewards didn’t even have any effect on the final reward outcome.

While the monkeys performed their tasks, the activity of their dopamine reward neurons was apparently been recorded by the experts.

Dr. Bromberg-Martin observed that, “The monkeys and dopamine neurons treated information about rewards as if it was a reward itself.”

Dr. Bromberg-Martin concludes by saying that, “Our data shows the need for a new class of models that assign information a positive value. Dopamine neurons might treat information as desirable because it can help us learn how to predict and control our environment.”

Therefore it was stated that the dopamine neurons which signal the primitive rewards also have the same effect on the cognitive reward of information seeking. These findings are believed to be very useful for revising the current theories of reward.

This research has been published by Cell Press in the Neuron journal.