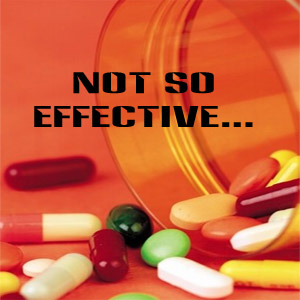 Everyone knows that taking vitamin supplements is vital for good health. In fact, numerous studies have shown how lack of certain vitamins could lead to physical decline, pregnancy complications, and increased heart attack risk amongst other modern illnesses. But, it is more important to eat the foods that contain such vitamins. In a new study, European researchers have shown that people who rely on such vitamin pills, instead of eating a healthy diet comprising fresh fruits and vegetables, are in actual fact doing more harm than good.

According to the researchers, three supplements namely Vitamin A, Vitamin E and beta carotene, can help increase mortality rates among those taking them. However, Vitamin C and selenium pills have no tangible effect.

For the study, the researchers combined the results of several clinical trials to gauge the overall effect of vitamin supplements. For this, they analyzed 47 low-bias trials that involved a total of 1,80,938 people.

They found that vitamin supplements as a whole increased their death rate by 5%. When the supplements were taken separately, beta carotene increased death rates by 7%, Vitamin A by 16% and Vitamin E by 4%.

Meanwhile, Vitamin C gave results which are rather contradictory, but when taken alone or in combination with other vitamins, it was found to increase the death rate by 6%.

According to lead researcher of the study, Goran Bjelakovic of Copenhagen University Hospital in Denmark, “Our findings contradict the findings of observational studies claiming that antioxidants (commonly found in vitamin supplements) improve health.”

However, they did notice that selenium was the only supplement that was found to cut death rates by 10% when given on its own or as supplements. However, the researchers say that “the result is not statistically significant.”