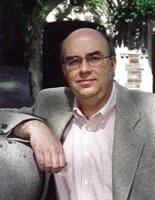 According to Duke University researchers, the technique can capture 3D images of chemical and structural changes beneath the surface of human skin.

“The standard way physicians do a diagnosis now is to cut out a mole and look at a slice of it with a microscope,” said Professor Warren Warren, director of the university’s Center for Molecular and Biomedical Imaging.

“What we’re trying to do is find cancer signals they can get to without having to cut out the mole,” he added.

Warren said, “This is the first approach that can target molecules like hemoglobin and melanin and get microscopic resolution images, the equivalent of what a doctor would see if he or she were able to slice down to that particular point. What this is leading to is for a doctor to be able to touch a mole with a fiber optic cable and characterize what is going on inside it.”

This technology was demonstrated at a conference held in March 2007 of the American Physical Society and in May, during an international conference on laser advances.