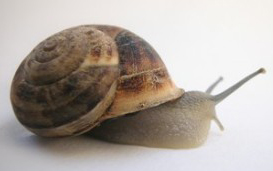 Results were promising in tests on rats with a type of nerve pain similar to sciatica, according to researchers led by J. Michael McIntosh, a biology professor at the University of Utah.

McIntosh said he hopes this finding could lead to a new painkiller that could be taken orally, but it could take 10 years or more before the findings can be translated into a treatment for people.

The a9a10 NA receptors are located in several parts of the body including dorsal root ganglia — a group of nerve cells near the spine that is involved in pain transmission.
Common pain relievers often fail with nerve pain, and stronger drugs such as morphine have side effects.
The researchers at Utah and Wake Forest University found that the toxin can stop nerve pain by blocking the receptor cells, pointing to a potential new target for drugs.

Previously, McIntosh was involved in research that led to development of Prialt, a pain treatment also based on cone snail toxins that is injected into fluid surrounding the spinal cord to treat severe pain from cancer, AIDS, injury, failed back surgery and certain nervous system disorders.

In a separate paper in the online edition of PNAS, researchers reported finding a natural painkiller produced in humans, termed opiorphin, which is several times as potent as morphine in reducing physical pain and chemical-induced inflammation.

Catherine Rougeot of the Pasteur Institute in Paris, and colleagues, discovered a potent pain killer in rats called sialorphin. Turning to people, they found a similar chemical, called opiorphin, in human saliva, that inhibits the same class of proteins as sialorphin.

Now they are trying to determine what triggers the natural release of opiorphin and whether it is a strong enough pain reducer to warrant development.