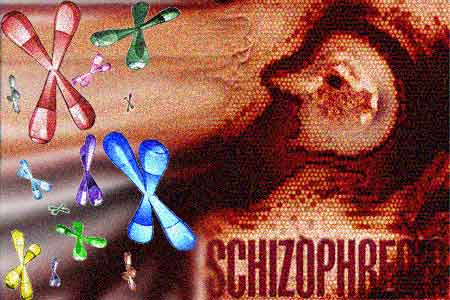 The latest in the medical domain is a study on copy number variants (CNV) that suggests the probability of suffering from schizophrenia due to unusual mutations in the chromosomes, especially structural changes that can alter the function of the genes. The study revealed that innumerable modifications in the human DNA can cause genetic diseases that may influence schizophrenia.

Christina Hultman, associate professor at Karolinska Institutet quoted in Nature, “The results strongly support the notion that schizophrenia may be partly caused by the effects of such structural changes in genes, both across the whole genome and in specific chromosomes. We anticipate a breakthrough in the near future in research into psychiatric diseases such as schizophrenia, bipolar disease and autism. At the same I wish to stress that in such a complex disease as schizophrenia there is a need for research on both genetic and environmental causes and on treatment and management.”

Researchers carried out up to seven studies with a total of 20,000 cases of schizophrenia in 2008. They found that CNV which refers to a kind of chromosomal mutation where large pieces of DNA may exist in several copies, have disappeared or have been transposed. The change may however be protective in certain cases like malaria or HIV infection. The fabrication of the genes in patients with schizophrenia was discovered to have been mutated.

By comprehending epigenetic, a mechanism that reveals how genes are switched on and off during the lifespan and the biological mechanisms that inherently form the basis of complex pattern of genes linked to schizophrenia, researchers aspire to gain critical information related to schizophrenia. Believed to be hereditary, schizophrenia is a common psychiatric disorder which has higher chances of occurring among first-degree relatives (a person’s children) and second-degree relatives of people with the disease.

Even though there has been intense analysis of schizophrenia in the past ten years, the complex archetype of its heredity makes the results of most previous studies unclear.

Published in the scientific journal Nature, taking in genes that control development of brain cells as well, there have been many suggestions by different researchers for genes that may be involved.