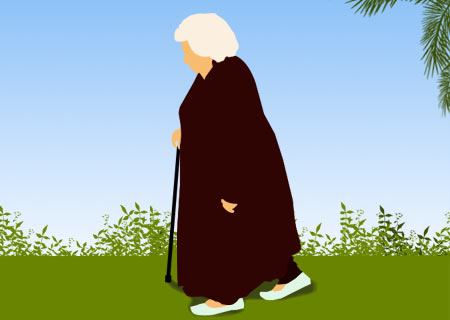 The elderly, due to their age, are more likely to express fear of outdoor walking. A latest research has now stated that the fear of moving outdoor may increase the risk of developing self-reported walking difficulties among the physically healthy elderly, who live independently. This research was conducted by the Finnish Centre for Interdisciplinary Gerontology at the University of Jyväskylä.

Numerous negative environmental factors like hilly terrain near the vicinity of their house, poor street condition and traffic noise may add to their fear of going outside the house. Other than these factors, there are certain individual factors which may increase the fear of the elderly to move outdoors. These factors may include poor socio-economic status, musculoskeletal diseases, and slow walking speed.

Fear was believed to be an indicator for the occurrence of disability problem in the future. It was also stated that walking difficulty may to a certain extent be developed due to limited outdoor movement, which is in turn caused by fear and low physical activity.

Seemingly, more than 700 older people living in the Jyväskylä region are said to have participated in the preliminary interviews of the joint-project of this particular research. Out of these people, almost 310 people were said to have being a part of this long term analysis. This research was apparently conducted over a period of 3.5 years.

Researcher Merja Rantakokko says that in order to prevent further disabilities, the elderly who are scared of going outdoor should be detected early. Post their recognition, appropriate support activities may be developed for these elderly to help them get rid of their fear.

Burn injuries may deplete levels of vitamin E in children