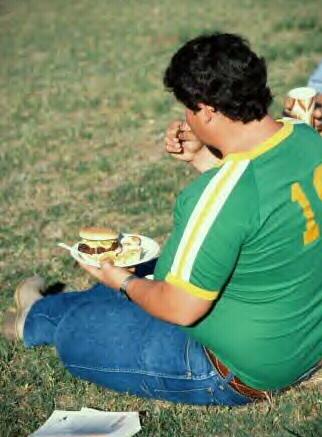 Soon, you might just have to pop a pill to stop feeling hungry, for boffins have developed a compound that mimics the activity of the hormone which makes people feel ‘full’.

Researchers developed peptide BL-3020 as an analog to aMSH, a naturally occurring hormone that is excreted during eating and binds to a receptor in the brain called MC4R. When the body’s need for food is met, the brain sends out a signal and one feels having a ‘full’ stomach.

The study was conducted by a team of researchers led by Yaniv Linde at the Hebrew University. They initially experimented with mice by orally administering them with the peptide.

It was found that a single oral administration of reduced consumption over a period of 24 hours. Over a 12-day period of daily dosages, the mice weighed 40 percent less than the average for mice of their size and age that were not being given the compound.

Researchers demonstrated that BL-3020 displayed good metabolic stability to intestinal enzymes when swallowed, and that it was able to cross the intestinal wall and gain access into the blood stream. Once in the blood, it could make its way to the MC4R receptor and send the signal to the brain.

A person seriously wishing to overcome obesity could take this compound orally in order to curb his appetite, thus leading to natural weight loss. The peptide has already been patented in Europe and the U.S., and a commercial firm, Bioline RX Ltd. of Jerusalem has purchased development rights from Yissum, the Hebrew University’s technology transfer company, and is currently working towards creating a commercial anti-obesity drug.