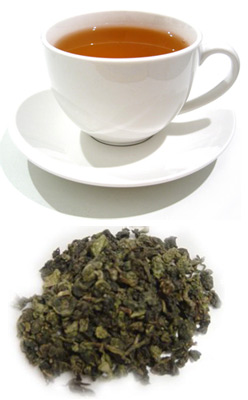 If you want to get rid of some of that flab, then you better start drinking tea. Boffins in China have found that tea can help obese people win the battle against the bulge.

Boffins in China along with identifying five new genes related to obesity during a five-year study have also found that polyphenols in tea, especially Oolong tea, can help you lose weight.

Guo Xirong, director of the Nanjing Institute for Pediatrics affiliated to Nanjing Medical College, and lead researcher of the study also noted that among black tea, green tea and Oolong tea, it was the third kind that was the best at fighting obesity, reports China Daily.

Oolong tea is one of the lesser-known teas in the West.

Of the total amount of tea produced and consumed in the world, 78 percent is black and is consumed primarily in the West, 20 percent is green and is drunk primarily in China, Japan and a few countries in North Africa, and less then 2 percent is Oolong tea, consumption of which is primarily confined to southeastern China.

Xirong also added that the discovery of the five new genes also showed that diet and lifestyle are not the only factors that cause obesity.

‘Diet and lifestyle are only the external reasons. The genetic conditions of the individuals could predispose, or even cause, children and adolescents to become overweight,’ the paper quoted him, as saying.

He also said that maintaining a healthier diet and lifestyle will help people keep off the flab.

The seeds of obesity can be planted in children while they are still fetuses in the womb. He claims that when pregnant women eat too much thereby causing a dramatic increase in their weight, they out their unborn kids at a higher risk of obesity later in life.

He also said that babies who are bottle-fed are more likely to become obese in later life as compared to breastfed babies, because they tend to develop a larger appetite as they are fed each time they cry. This is not the case with breastfed babies, as the secretion of breast milk is limited.