Research at the University of Chicago shows that sleep can aid the mind to learn a difficult task and also helps people recover learning that they believed they had forgotten over the course of the day. 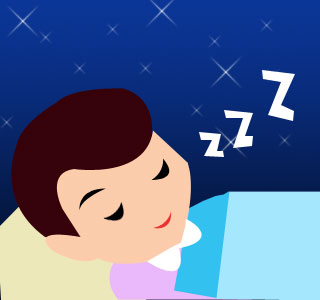 A test of learning to play video games was conducted. The researchers revealed that those people, who after training had apparently forgotten how to perform a complicated task, supposedly remembered the techniques after a nights sleep. This method is useful for learning language processes such as reading and writing and also eye-hand skills like tennis.

Howard Nusbaum, Professor of Psychology at the University of Chicago and also a co-researcher in this study says that, “Sleep consolidated learning by restoring what was lost over the course of a day following training and by protecting what was learned against subsequent loss. These findings suggest that sleep has an important role in learning generalized skills in stabilizing and protecting memory.”

Around 200 college students who had little experience playing video games were tested. Most of these students were women. These volunteers were made to learn video games containing a rich, multi-sensory virtual environment in which the players had to make use of both hands to deal with continuously changing visual and auditory signals. The first person navigation games require learning maps of different environments. They made use of first person shooter games. The players had to avoid getting killed and instead kill the enemy bots (software avatars that play against the participant).

About this Nusbaum say that, “The students probably tested more poorly in the afternoon because following training, some of their waking experiences interfered with training. Those distractions went away when they slept and the brain was able to do its work.”
The students who received an evening training their scores improved by 7% points and progressed to 10% points the next morning. It remained at that level throughout the day.

This study was preceded by their earlier study which showed that sleep consolidates perceptual learning of synthetic speech. Nusbaum says, “In that study we showed that if after learning, by the end of the day, people ‘forgot’ some of what was learned, a night’s sleep restored this memory loss. Furthermore a night’s sleep protected memory against loss over the course of the next day.”

According to Nusbaum, this recent study expanded their previous analysis to reveal that sleep also benefits people learning complicated tasks.

Their findings are published in the Learning and Memory issue.