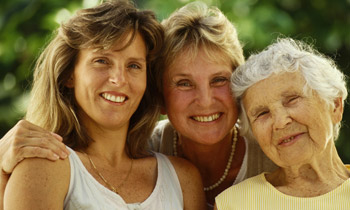 Cancer experts are advising women of the symptoms that might signal ovarian cancer, which is known as a “silent killer” that until now was thought to give no warning of its presence until it is far advanced.

“We used to think ovarian cancer was very slow-growing, that it was aggressive and people did not have symptoms early,” said Dr. Barry Rosen of the Society of Gynecologic Oncologists of Canada. “Now we believe symptoms occur much earlier. And it suggests to me the cancer is not always rapidly growing and it may be able to be detected in the early stages.”

According to several groups of cancer experts in the U.S., suddenly experiencing weeks of bloating, the need to frequently urinate, eating changes and abdominal or pelvic pain could be a tip-off to early ovarian cancer.

The guidelines — developed by the Gynecologic Cancer Foundation, the Society of Gynecologic Oncologists and the American Cancer Society — urge women who suddenly develop the following symptoms for more than a few weeks to see their doctors: bloating, pelvic or abdominal pain, feeling full quickly or difficulty eating, and frequent or urgent urination.

Awareness of the symptoms is not altogether new; a similar list has been posted on Ovarian Cancer Canada’s website for a while. But until now, there had been no agreement on common symptoms.

Elizabeth Ross, CEO of Ovarian Cancer Canada, said she hopes the new warnings will be heeded by doctors.

“I hope that it will mean it’s now on the radar screen for doctors when women come in — women complaining of abdominal pain, bloating, urinary frequency — that it won’t be dismissed as menopausal symptoms,” she said.

Doctors say they hope the new recommendations will make patients and doctors aware of early symptoms, lead to earlier diagnosis and, perhaps, save lives.

Light to moderate drinking may lead to fewer heart problems in...