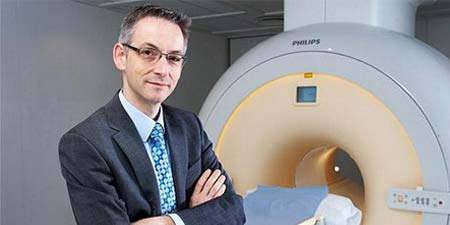 Most of us would agree that MRI scans are being increasingly used for medical analyses at present. However, nothing specific has been talked about their potential use in coronary heart disease (CHD). Doing just that, scientists from the University of Leeds have put forth that MRI scanning of individuals suffering from heart disease may be better off than exposing them to a range of invasive tests.

This analysis seeks to modify the avenue used currently to diagnose cardiovascular diseases which will possibly avoid other severe means such as ionizing radiation. Usually patients suffering from chest pain who are considered to be at risk for angina are referred to hospitals for a set of tests which will affirm the presence of CHD and help professionals select an appropriate procedure for treatment.

“We have shown convincingly that of the options available to doctors in diagnosing coronary heart disease, MRI is better than the more commonly-used SPECT imaging test. As well as being more accurate, it has the advantage of not using any ionising radiation, sparing patients and health professionals from unnecessary exposure,” commented University of Leeds’ Dr John Greenwood, who led the study.

The tests included SPECT tests and angiograms where the latter is regarded as invasive. However, both these tests involved the use of ionizing radiation. In this study comprising 752 patients, the team found that MRI scans were apparently a convenient and reliable way to gauge signs of CHD. They believed that such scans also helped in filtering patients who were safe from angina, which is usually characterized by severe chest pain.

The scientists concluded that MRI scans are relatively better in diagnosis of diseases related to CHD. The article titled, ‘A Prospective Evaluation of Cardiovascular Magnetic Resonance and Single-Photon Emission Computed Tomography in Coronary Heart Disease’ is published in the journal, The Lancet.