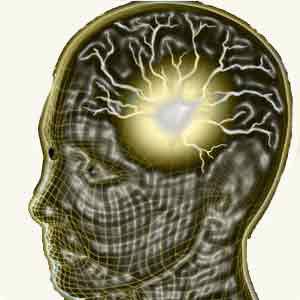 Researchers at the Northwestern University’s Feinberg School of Medicine have undertaken a very interesting study. Researchers have unveiled the reason why some “super aged” continue having a sharp memory despite their increasing age.

Scientists have used the term “super aged” to define the select group of old people whose brain power does not age with them. Thus a study was conducted to find the reason behind this. They examined the brain of five dead people who were considered to be “super aged”, because they had acquired high scores on a memory test despite being 80 at the time. Their brains were compared to the brain of normal elderly people who were also dead.

A Neurologist at the Northwestern University’s Feinberg School of Medicine and also the prime investigator of this study, Changiz Geula says, “It was always assumed that the accumulation of these tangles is a progressive phenomenon through the aging process. But we are seeing that some individuals are immune to tangle formation and that the presence of these tangles seems to influence cognitive performance.” Brains with fewer tangles are considered more superior than the ones with more tangles, according to Geula. This is assumed to be the reason behind the capability of the “super aged” brains.

Geula says, “We want to see what protects the brains of these individuals against the ravages that cause memory loss. Understanding the specific genetic and molecular characteristics of the brains that makes them resistant, someday may lead to the ability to protect average brains from memory loss.”

Structures called plaques were also found in the “super aged” brains and also almost the same amount existed in the normally aged brains. Plaques are a collection of proteins called amyloids. These proteins build up outside the brain cells and disrupt their communication. Like tangles, plaques are also found in a reasonable number in the normally aged brains and are more in quantity in the brain of people suffering from Alzheimer’s disease.

Geula’s study is a part of a larger study at the Northwestern’s Cognitive Neurology and Alzheimer’s Disease Center (CNADC). The main aim of this study is to recognize the factors which influence the mental superiority of some elderly people. A number of elderly subjects are selected which are being followed up annually with tests of cognitive abilities. Geula stated that a deeper study will be conducted to unveil the reason behind the resistance of the “super aged” brains to form tangles.

This study was presented at the annual meeting of the Society for Neuroscience.