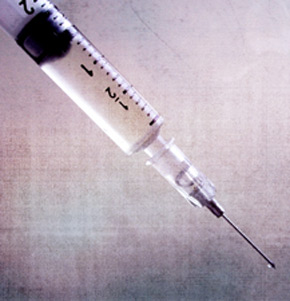 A universal vaccine for influenza is being tested for the first time on humans by the British-American biotech company Acambis. The vaccine was pioneered by researchers from VIB and Ghent University.

This universal flu vaccine is meant to provide protection against all ‘A’ strains of the virus that causes human influenza including pandemic strains.

Way back in the 1990s, VIB researchers connected to Ghent University under the direction of Prof.Emeritus Wlater Fiers, invented a universal flu vaccine.

One protein on the surface of the influenza virus, the so-called M2 protein, remains unchanged in all human flu viruses known, including strains that cause pandemics.

On the basis of the M2-protein they developed a vaccine and successfully tested it on mice and other lab animals: the M2 vaccine provided total protection against ‘A’ strains of flu, without side effects.

Furthermore, this universal influenza vaccine is the first example of a vaccine inducing a protective immune response that normally does not occur in nature, for example following infection by a virus or a bacterium.

At the moment, Phase I clinical trials on humans are underway – that is, the candidate vaccine is being administered to a small group of healthy people in order to verify the safety of the product and to provide an initial insight into the vaccine’s effect on the human immune system.

Xavier Saelens, Prof. Emeritus Willy Min Jou, and Prof. Emeritus Walter Fiers are leading the fundamental research forward with respect to protection against influenza epidemics and pandemics. This involves, amongst other, supporting research required for the planned Phase II and III clinical trials. Through their collaboration with Acambis, they hope that annual flu vaccines can ultimately be replaced by the new, universal flu vaccine.

The goal for this vaccine is that two inoculations would suffice to protect people against all ‘A’ strains of flu.