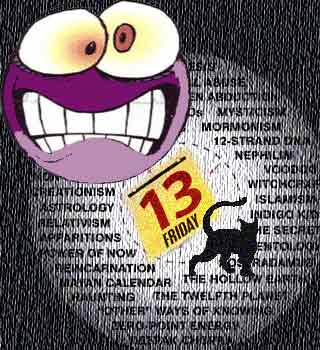 Many a times we find ourselves creating illusions and superstitions naturally. Believe it or not stress can be blamed for this. A new study has led scientists to believe that stress may be making us more superstitious and could also be making us see things which in fact may not exist at all.

The researchers claim that a lack of control over our lives may be igniting our desires to bring order and structure in the world. As a result people not only believe in rituals but also in conspiracy theories that are mostly made up and not actually true. Some common superstitions including lucky clothes, counting magpies, insisting that the moon landings were fake etc.

According to lead researcher, Adam Galinsky, a Professor from Northwestern University in Evanston, Illinois, “The less control people have over their lives, the more likely they are to try and regain control through mental gymnastics. Feelings of control are so important to people that a lack of control is threatening. While some misperceptions can be bad or lead one astray, they are extremely common and most likely satisfy a deep and enduring psychological need.”

Co-author Jennifer Whitson, from the University of Texas at Austin, further remarked “People see false patterns in all types of data, imagining trends in stock markets, seeing faces in static and detecting conspiracies between acquaintances. This suggests that lacking control leads to a visceral need for order – even imaginary order.”

As part of the study, the scientists asked about half of the volunteers to recall situations that were life threatening and had made them feel out of control, like a car crash or the illness of a close family member. These participants were then subjected to a series of experiments that included identifying images in snowy pictures made up of dots.

While half the picture comprised of randomly arranged dots, the other half contained images that were faintly recognizable like a chair or boat or a planet. Interestingly about 95% of the subjects saw the hidden images. In addition the group who was under pressure believed they saw images in 43% of the pictures that were simply a random scattering of dots.

These individuals were also more prone to believe in superstitions. An even more surprising revelation was that these volunteers also vision more intrigue theories behind the imaged scenes like why an employee had been passed over for promotion. The researchers reveal that people are tricked into believing or seeing things that may not be real simply because they need structure and control in their lives. Relying on figments of their imagination people are basically looking to limit uncertainty and want to predict their future.

The study authors mention that these findings could have implications for the current financial crisis too.