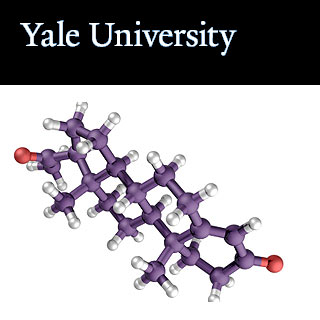 Over the past 40 years or so, preterm birth namely delivery before the 37 weeks gestation period seems to have increased largely. A new finding by scientists at the Yale School of Medicine offers more insight on this condition. The Yale researchers suggest that they may have found the means by which progesterone prevents preterm birth.

Presently one in eight pregnancies in the U.S. is believed to be delivered prematurely. Besides, these premature infants seem to be at least seven times more likely to die or have long-term neurologic injury as against infants who are delivered at term. Several efforts that may prevent preterm birth up till now are reported to have been unsuccessful largely.

Additionally, many recent analyses have brought to light that the supplementation of progesterone from weeks 16-20 of gestation through 36 weeks may possibly avert preterm birth in approximately one-third of high-risk women. However there seems to have been no information on the molecular mechanism by which progesterone acts until now. Now, the Yale scientists claim that they could have possibly discovered the function of progesterone in preventing preterm birth.

“We were able to demonstrate that progesterone prevents apoptosis in an artificial environment in the laboratory in which we stimulated healthy fetal membranes with pro-inflammatory mediators,” commented Errol Norwitz, M.D., professor in the Department of Obstetrics, Gynecology & Reproductive Sciences at Yale. “Interestingly, and somewhat unexpectedly, we also saw an inhibition of apoptosis under basal conditions without the presence of pro-inflammatory mediators. This suggests that the same mechanism may also be important for the normal onset of labor at term.”

Nearly a third of preterm birth is supposedly associated with premature rupture of the fetal membranes. Earlier findings seem to suggest that rupture could be a result of weakening of the membranes by apoptosis (programmed cell death). Seemingly for the very first time, progesterone it appears could arrest apoptosis in fetal membranes according to Norwitz and his Yale colleagues.

These interesting findings are slated to be presented at the Annual Scientific Meeting of the Society for Maternal-Fetal Medicine (SMFM) in Chicago by Norwitz.