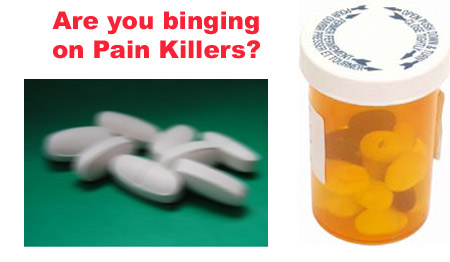 According to a recent analysis by the Associated Press, news agency of figures from the US Drug Enforcement Administration (DEA), Americans are using painkillers more than ever before.

Between 1997 and 2007 the volume of five major painkillers sold and distributed in the United States by hospitals, retail pharmacies, doctors and teaching centres has risen by 90 per cent.

The DEA figures show that in the most recent year of complete data, Americans bought in excess of 200,000 pounds of codeine, hydrocodone, meperidine, morphine, and oxycodone. That is equivalent to 300 milligrams of painkillers for each member of the population.

Most of the increased sales is in the form of pills that contain oxycodone, the active ingredient in the painkiller OxyContin. Sales of this compound have risen by nearly 600 per cent in the 8 years between 1997 and 2005 says the AP report.

Oxycodone was once known as “hillbilly heroin” because of its reputation for being bought and sold, mostly illegally in Appalachia. Nowadays however it has gained a strong foothold in major cities in states such as Ohio and Florida.

The other painkiller on the rise, and mostly in rural parts of the country, is hydrocodone, the active ingredient of Vicodin. However, cities are also seeing sharp rises in use of all painkillers, so the problem covers the whole nation.

The AP analysts suggest the following reasons for the rise in painkiller use among Americans:

The proportion of older people in the population is rising.

Massive increase in drug marketing, which has gone up from 11 billion dollars spent in 1997 to 30 billion in 2005.

Changes in the way pain is managed, where painkillers are now seen as an essential part of the healing process.

One doctor who specializes in pain management said perhaps the pendulum has swung too far the other way.

However, there may also be other reasons, such as the fact more and more people are surviving cancer and other life threatening diseases, but have increased pain management needs.