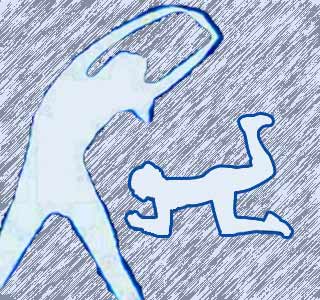 Often athletes or common people due to playing certain sports or merely from normal routine activities may experience pain in their elbow or forearm. Now, a new study has suggested a simple way of alleviating or freeing oneself from such a pain. It seems that strength exercises or simple bar exercises may be beneficial in alleviating such pains.

Lateral epicondylitis or more commonly known as tennis elbow is noted to not only affect tennis players, but also around 3% of the general population. In order to verify if these simple exercises could infact alleviate such a pain, the investigators assessed a group of subjects.

The investigators were stated to have examined around 21 people suffering from tennis elbow. These subjects were later apparently categorized into two groups. Irrespective of their allotted groups, all these subjects were noted to have received ultrasound, heat and ice treatment, the wrist extensor stretching and the cross-friction massage.

Evidently, one group performed isolated eccentric wrist extensor strengthening with the help of a rubber bar. On the other hand, the second group was noted to have performed isotonic wrist strengthening exercises. The progress of all these subjects was believed to be determined with a variety of pain and movement scales. It was observed that the subjects utilizing the rubber bar seemed to fare better on all the scales, as compared to the remaining subjects.

“Compared to other treatments for tennis elbow such as cortisone injections or topical nitric oxide which require direct medical supervision and often side effects, this treatment is not only cost effective but dosage is not limited by the patient having to come to a clinic,” explains Tyler.

In fact, the subjects using the rubber bar seemed to have better results especially on the scales which related to strength. Thus, indicating that simple strength training may be able to alleviate the pain of people with tennis elbow.

These findings have been presented at the American Orthopedic Society for Sports Medicine’s Annual Meeting in Keystone, Colorado.

Cocaine addiction may be treated with licorice ingredient