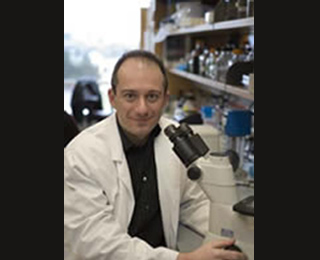 Scientists at Nationwide Children’s Hospital are believed to have come one step closer to clinical trials to test a gene delivery strategy. Apparently, this strategy will improve muscle mass and function in patients with certain degenerative muscle disorders.

Severe weakness of the quadriceps is known to be a major trait of several neuromuscular disorders. Scientists have shown that a gene delivery strategy that produces follistatin directly to the quadriceps of non-human primates may possibly result in long-term gene expression with muscle enhancing effects, including larger muscles with greater strength. Follistatin seems to be a naturally occurring protein that reduces myostatin, a growth factor expressed particularly in skeletal muscle.

“Our studies indicate that this relatively non-invasive approach could have long-term effects, involve few risks and could potentially be effective in various types of degenerative muscle disorders including multiple forms of muscular dystrophy,” says the study’s corresponding author, Brian Kaspar, PhD, chief investigator in the Center for Gene Therapy of The Research Institute at Nationwide Children’s Hospital.

Earlier, they established follistatin’s therapeutic potential via rodent models. This additional latest study appear to have created similar results in non-human primates in a translational study to demonstrate efficiency in safety in a species more closely related to humans.

Non-human primates that received the injection of the follistatin transgene seem to have experienced distinct and durable increases in muscle size and strength. Moreover, muscle growth was noted to have taken place for approximately 12 weeks after treatment. Following which, the growth rates appeared to stabilize and were well tolerated, with no unfavorable events seen over the course of the 15-month study.

Jerry Mendell, MD, principal investigator in the Center for Gene Therapy at Nationwide Children’s said that, “These findings serve as the basis for testing in patients and give us confidence in moving forward with our translational program of follistatin to enhance muscle mass.”

The scientists were observed to have developed a plan with the Food and Drug Administration. In addition, they are presently in the process of performing the formal toxicology and biodistribution studies to support in beginning a human clinical trial.

The findings of the study will be published in the journal, Science Translational Medicine.