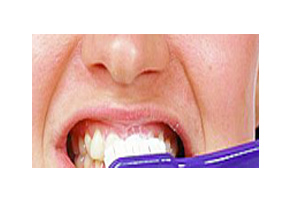 If you want to protect your heart from diseases, you better keep your teeth clean. A new study that suggests this has actually found evidence of a link for the first time between gum disease and heart disease.

Periodontis is a chronic gum disease, which occurs when waste material or plaque collects around one’s teeth and irritates the gums. One can remove this plaque by brushing as well as by flossing their teeth regularly.

However, if one fails to regularly brush and floss their teeth, this could lead to the irritated gums becoming infected. Teeth become loose and can even fall out.

French cardiologists and dentists in Marseille looked at 131 patients referred to hospital for an X-ray examination of the arteries. All were examined for gum disease and had their blood checked for inflammation.

Scientists found those with the worst blockages in their arteries had the most severe gum disease.

The findings released Tuesday at the European Society of Cardiology’s annual meeting in Vienna showed that patients with artery disease had more severe periodontitis than those without. The most severe teeth disease was associated with the most widespread heart disease.