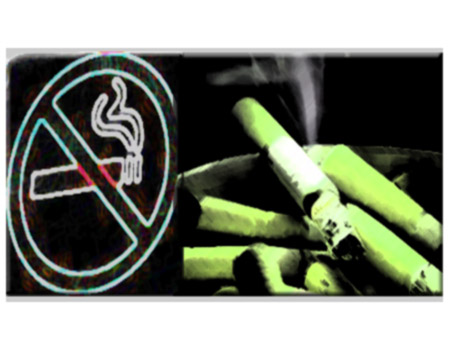 Generally its found that most of the cigarette smokers suffer from some or the other kind of mental illness and other problems like increased rates of stress levels, depression, frustration etc. It’s now evident through a few studies that people who are struck with mental illnesses are not receiving the kind of help or support they require to stop smoking despite high rates of nicotine dependence and deaths from cardiovascular and respiratory illnesses.

Professor Stevec, from Griffith University’s School of Medicine commented that health services are not successful in providing apt smoking cessation tactics to people who are going through problems like depression, schizophrenia or post-traumatic stress disorder.

Prof. Steve Kisely said that there is an increased smoking rate seen in people with mental illnesses, almost twice when compared to the general population.

Kisely said, “Deaths from largely preventable diseases including cancer and cardiovascular disease outnumber deaths from suicide in psychiatric patients by ten to one. There is a forgotten epidemic of physical illness in the mentally ill – another example of the inequities in our health system.”

In a recent medical discovery in smoking involvements in mental illnesses, Prof Kisley commented that health professionals were not routinely checking and including smoking status accounts in the patients’ treatment plans, which should contain points like encouraging smokers to quit and making them meet counselors or other types of effective drug therapies.

The literature review has found an amalgamation of long term pharmacotherapy and psychological interventions for smoking cessation which were as effective in people who had mental illness as compared to that in the general population.

“These people can spend up to 40 per cent of their income on cigarettes and are significantly disadvantaged by their smoking. Smoking may also interfere with other medications they are taking and increase the risk of adverse side effects,” he said.

Prof Kisely said that the most effective way of pausing smoking could be the amalgamation of psychological treatments like the cognitive behavioral therapy and nicotine replacement therapies or any other prescription medicines such as the bupropion (Zyban).

The study at the end had suggested that the solution to stop smoking would show better effectiveness when integrated into patients’ overall mental health care.