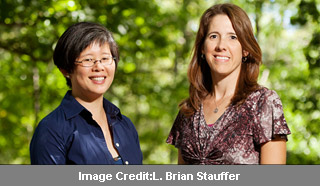 Many experts, over the years have associated exposure to nature as a path to good physical and mental health. Now, a study by scientists from the University of Illinois, has seemingly found an association between children with ADHD and their routine outdoor play.

Children who play in settings which constitute more of greenery such as grass and trees may be likelier to have weaker ADHD symptoms than those who play indoors or in other urban like outdoor surroundings.

“Although many children with ADHD are medicated, most would benefit from a low-cost, side-effect-free way of managing their symptoms,” specified University of Illinois crop sciences visiting teaching associate Andrea Faber Taylor and natural resources and environmental sciences professor Frances (Ming) Kuo, the authors of the study.

This analysis explores the effect of green play environments like the park, playground or backyard that a child regularly visits. The investigators wished to know if chronic exposure to the same old playground or places found nearby would help.

To find an answer, the parents of the children were quizzed on their child’s play settings and the acuteness of ADHD symptoms. Other factors such as age, sex, formal diagnosis and financial status were also taken into account. The results show that green settings were apparently linked to less overall symptoms than built outdoors or indoor locations.

Also, hyperactive children appeared to have milder symptoms if they played in open surroundings like an expansive lawn other than places with a lot of trees or indoor or built outdoor places. No other peculiarities for other factors like gender or income were found.

Kuo concluded that the findings seem to show a cause and effect relationship between exposure to nature and better concentration or impulse control. The study appears in the journal Applied Psychology: Health and Well-Being.