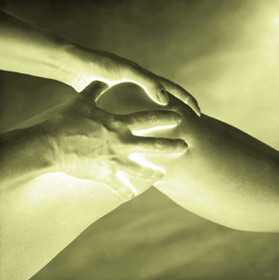 A research has suggested that arthritis of the knee may be the first sign of a type of lung cancer, which is difficult to treat, in heavy smokers.

The researchers studied the case notes of all patients suffering form rheumatic disorders. Between 2000 and 2005, of 6500 patients, 296 (4.4 pct) were cases of monoarthritis-inflammation in just one joint-of the knee.

Among this group of patients, the knee arthritis, which was very mild, was the first sign of as yet undiagnosed non-small cell lung cancer in just under 2 pct.

All the patients were middle-aged men, who had been heavy smokers.

But in every case, the lung cancer was operable, and once the cancerous tissue had been removed, the knee symptoms subsided.

Non-small cell lung cancer is linked to other conditions, which feature abnormal growths, in up to 20 per cent of cases, say the authors. And spread to the bones occurs in around one in five cases.

However, the authors note that it has not so far been linked to arthritis.

Non-small cell lung cancer is particularly difficult to treat unless caught early, and in over half the cases diagnosed, the disease is already advanced.

“Features that could act as early warning signs are therefore especially important,” said the authors.