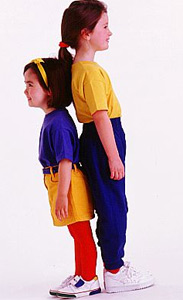 Scientists claim to have discovered the gene that influences a person’s height and explains why some people are shorter. Past studies have shown that genetics plays a key role in determining a person’s height. However, the genes involved have remained a mystery.

A new study published in the journal Nature Genetics analysed the genomes of 5,000 white Europeans who gave Deoxyribonucleic acid (DNA) samples and details of their height and weight for medical studies into diabetes and heart disease.

The researchers from Harvard University, Children’s Hospital in Boston, Oxford University and the Peninsula Medical School in Exeter found that just one small change in the HMGA2 gene had an impact on a person’s height, reported the online edition of BBC News.

The finding was confirmed by searching for the same two key versions of the gene in 30,000 more people.