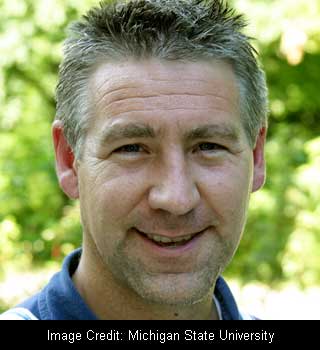 Till today, numerous reports have been published stating the harmful effects of continuous exposure to TV and computer. Adding to it, a latest research claims that sedentary behaviors may be associated with high blood pressure in children despite of them being obese. Apparently, sedentary activities include watching TV and ‘screen time’ involving around computers and video games.

Co-author and a professor in Michigan State University’s Department of Kinesiology, Joe Eisenmann believed that the increased media exposure meant for children seems to be having severe harmful effect than previously thought.

Eisenmann stated that, “The cardiovascular disease risk factors suggest that risks may be immediate and not just indicative of potential future problems. We’ve known from previous studies that sedentary behaviors are linked to obesity, and that obesity is linked to high blood pressure, but this is the first time that we’ve linked those behaviors directly to elevated blood pressure.”

For the purpose of the research, Eisenmann along with ISU colleagues David Martinez-Gomez and Greg Welk identified data on nearly 57 boys and 54 girls who were in the age-group of 3-8. They seemed to have calculated the children’s height, weight, fat content. In order to obtain the results of sedentary behavior, experts provided the participants with an accelerometer. Apparently, accelerometer was to be worn over the right hip.

In addition, parents noted the average time the children spent watching TV, playing video games, as well as activities like painting, sitting. Moreover, the average time taken in other activities involving low levels of physical activity. This observation was known to have been made everyday for a week.

“It appears other factors, which occur during excessive screen time, should also be considered in the context of sedentary behavior and elevated blood pressure development in children. TV viewing often comes with unhealthy snacking behavior and also can lead to stress responses that disrupt sleep,” elucidates Eisenmann.

The research findings revealed that overall sedentary activity was not considerably linked to higher blood pressure, however TV viewing and screen time were associated to increased levels of blood pressure.

In order to overcome this problem, experts laid emphasis on parents and children that they need to stick on to the limits set by the American Academy of Pediatrics (AAP). These limits include watching TV for not more than two hours per day and that needs to be combined with minimum one hour of physical activity every day.

The findings of the research have been published in the journal of Pediatrics & Adolescent Medicine.